If You Are Know About The Relation Between The Linux & Unix. So You Should Read This Complete Post.

It was designed to work on the GE-645 mainframe. But it does not work well. AT & T Bell Labs withdrew this project and posted its resources elsewhere.

But Ken Thompson, one of the developers of Bell Labs, continued development for the GE-645 mainframe and wrote a game for this computer called Space Travel. But the game was too slow on the GE machine and expensive, costing $ 75 per performance. So he rewrote the assembler game for PDP-7 from Digital Equipment Corp. with the help of Dennis Ritchie.

As a new multitasking operating system with a small team of Developers. These included a command-line interpreter and several small utilities. It was named UNICS in 1970 and then changed to UNIX.

In 1985, Richard Stallman created the Free Software Foundation and developed the GNU General Public License (GNU GPL) for free software distribution. Many of the programs needed by the OS (such as libraries, compilers, text editors, the UNIX shell, and the window management system) were completed by the early 1990s, but some elements, such as device drivers, daemons, and the kernel, were incomplete. In 1991, Linus Torvalds began working on MINIX, a Unix-like OS whose code was freely available as part of the GNU GPL project. He then developed the first LINUX core and released it on September 17, 1991, for Intel x86 systems for PCs. All source code can be freely modified and used.

Linux is great for small and medium-sized operations, and today it is also used in large enterprises, where UNIX was previously considered the only option. A few years ago, Linux was considered an interesting academic project, but most large enterprises, where network and multi-user computing are the main problems; people did not consider Linux as an option. But today, when major software vendors port their applications to Linux and can be freely distributed, the OS has entered the mainstream as an acceptable option for web and office applications.

But there are some circumstances where UNIX is the obvious choice, or earlier. If the enterprise used massive symmetric multiprocessor systems or systems with more than eight processors, in the past they needed to run UNIX. UNIX was much more capable of handling all processes more efficiently than Linux. However, since 2004, more of the world’s largest supercomputers have been running Linux than unix. Since 2011, Linux has served more than 90% of the top 500 servers. He also works for the largest (as of 2011): RIKEN Advanced Institute of Computational Sciences. Number of cores: 705024 Power: 12659.89 kW Memory: 1410048 GB

Linux – Unix Cost and Distribution Differences
Linux is free to distribute as it is an open source OS. This way, anyone can get a copy of Linux from books, magazines, or from the Internet. For server versions, organizations typically pay distributors for support, not software. The main distributors are RED HAT, Mandrake and SUSE. For server hardware, the main ones are IBM, HP, Dell.

UNIX is more expensive than Linux; Mid-range UNIX servers cost between $ 25,000 and $ 249,999 (including hardware). The main distributors are HP, IBM and SUN. A high-quality UNIX server can cost up to $ 500,000. According to IDC, Gartner, IBM is a leader in the UNIX server market, HP is in second place, and SUN is in third. 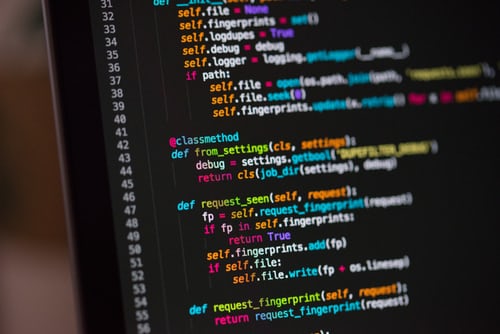